Read the biographies of the researchers and writers who are speaking at the AMWA 2014 Conference. 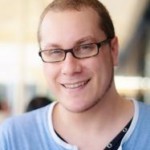 Dr Adam Dunn, Senior Research Fellow, Centre for Health Informatics, The University of New South Wales. With a background in data mining and network science, Adam Dunn studies how clinical evidence is produced and distorted as it makes its way from clinical trials and medical records into the decisions doctors make with their patients. His particular focus is on how biases sometimes lead to failures and harm. Adam’s other research interests include improving public access to research and the surveillance of misinformation spread in online communities. 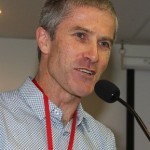 Dr Justin Coleman, in his fourth year as AMWA President, is a GP at Brisbane’s Inala Indigenous Health Service, after four years in remote Northern Territory Aboriginal communities. He is a senior lecturer in medicine at Griffith University and University of Queensland. He represents the RACGP on matters regarding doctor’s relationships with the pharmaceutical industry. Justin has published over a thousand articles; only the occasional one reaches an academic journal. He blogs as the Naked Doctor at croakeyblog.com, and runs GP workshops around the pitfalls of overtesting and overtreatment. 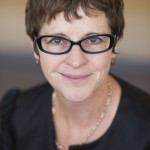 Dr Lynn Weekes. Originally a hospital pharmacist with a research interest, Lynn became executive officer of NSW Therapeutic Assessment Group until appointed to her current role as the inaugural Chief Executive Officer of NPS MedicineWise. As part of her PhD thesis, Organisational Structures to Promote Quality Use of Medicines (QUM), Lynn developed indicators for QUM for drug and therapeutics committees and for hospitals. She has a strong professional interest in quality assurance, behaviour change and pharmacoepidemiology. With her expertise in QUM, Lynn sits on various national boards and committees from government, pharmacy and academic sectors. 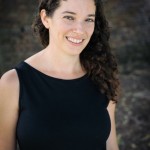 Lynnette Hoffman is an award winning medical journalist and health copywriter who has freelanced since the start of her career 15 years ago. Her work has regularly appeared in leading publications such as The Weekend Australian, Medical Observer, Australian Doctor, Diabetic Living, Madison, the CSIRO magazine ECOS, and many others. She has worked as a health promotions writer for Medibank Health Solutions and Australian Health Management, and creates online and print content for some of Australia’s best known brands. She tweets at @nomadLynnette and blogs at beyondthemap.net.

Dr Jason Mazanov, School of Business, UNSW Canberra. A health psychologist specialising in adolescent drug use, Dr Mazanov has worked to explore athlete drug use and received a grant from the Australian Anti-Doping Research Program. This project led to the development of a research agenda and a book― Towards a Social Science of Drugs in Sport―edited by Dr Mazanov. Following this success, Dr Mazanov’s primary research interest is now aimed at understanding the management of drugs in sport including: licit (e.g. alcohol), illicit (e.g. ecstasy) or doping (e.g. steroids), drawing on all the disciplines of social science. The work on doping in sport translates directly into broader work on sports integrity. Dr Mazanov leads a team exploring the integrity of sport and “sport harms”. 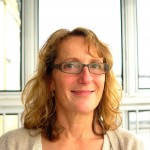 Alexandra Barratt is a Professor of Public Health in the School of Public Health, University of Sydney. She is a medical epidemiologist with research interests in the benefits and risks of screening for breast and prostate cancer, including overdiagnosis caused by screening. She is a member of the Organising Committee for Preventing Overdiagnosis. Alex has authored over 100 peer-reviewed articles, mostly in international journals. Alex has consulted for the National Breast Cancer Screening Initiative of Canada, the US National Cancer Institute, NHMRC, the National Breast and Ovarian Cancer Centre and the Ministry of Health NZ. She won back-to-back Australian Museum Eureka prizes for her radio series on cancer screening and evidence based medicine. She is an Australian Museum Eureka Prize Ambassador helping to promote public understanding of science. 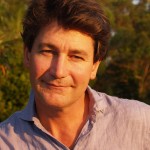 Ray Moynihan is a journalist, author and academic researcher with a global reputation. Reporting across print, radio, television and social media, Ray has worked at the ABC TV’s Four Corners, the AFR,The Australian, Crikey.com, and ABC Radio National. His academic work appears in the Lancet, the New England Journal of Medicine, and the British Medical Journal, where he is a regular columnist. He has won investigative journalism awards and published four books. Ray is currently a Senior Research Fellow at Bond University undertaking a PhD on overdiagnosis. and helps organise the international conference Preventing Overdiagnosis. 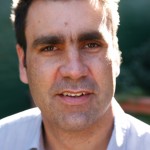 Sam Everingham draws on a background in medicine, writing and research methods. His own freelance business, Stethoscope Research provides high quality journal articles, conference posters and website content for both consumer and professional audiences. His passions include story-telling and audience engagement. The author of three non-fiction books through Allen & Unwin and Penguin, Sam also runs best practice conferences and closed consumer Facebook groups for intended parents through surrogacy across three continents – resources which are used for research, advocacy and patient education. 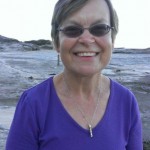 Dr Hilary Cadman has worked internationally as a scientist, university lecturer and technical editor (both in-house and freelance). She now works as a freelance editor and trainer, she also runs a B&B. Hilary is passionate about finding better ways to work on and in her businesses. 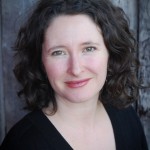 Bianca Nogrady is a freelance science and medical writer and broadcaster whose work has appeared in publications such as Scientific American, New Scientist, The Australian, ABC Science Online, ABC Health and Wellbeing, Ecos, Medicine Today, Australian Doctor, G magazine and the Swinburne University and Monash magazines. Bianca is the author of The End: The Human Experience of Death (Random House Australia, May 2013) and co-author of The Sixth Wave (Random House Australia, 2010). 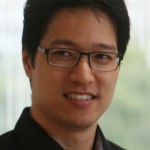 Dr Henry Ko is a Research Fellow at the NHMRC Clinical Trials Centre at the University of Sydney. He is a biomedical engineer, healthcare services researcher, science communicator, and health consumer advocate. This workshop will draw upon his work in evaluating and interpreting healthcare research evidence in academic and health service settings, as well marketing materials for Medicines Australia and the Medical Technology Association of Australia. 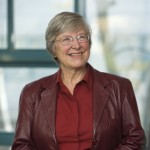 Pam Peters is a Fellow of the Australian Academy of the Humanities, and Emeritus Professor of Macquarie University. She was Director of the University’s Dictionary Research Centre 2001-7, and a member of the Editorial Committee of Macquarie Dictionary for its second, third and fourth editions (1991, 1997, 2005). Her major publications include the Cambridge Guide to English Usage (CUP 2004), the Cambridge Guide to Australian English Usage (2007), and the Cambridge Dictionary of English Grammar (2013). She established Macquarie University’s postgraduate course in Editing and Publishing in 1989, and is a Distinguished Editor of the Institute of Professional Editors. Her ongoing research is in terminography, and Australian and international English, as a Research Member of Macquarie’s Centre for Language Sciences. 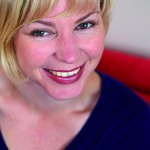 Dr Renee Barnes is a senior lecturer in online journalism at the University of the Sunshine Coast. She has worked as a journalist for numerous organisations including The Age, ABC and Australian Associated Press and still regularly writes for The Age. Renee also provides training and consultancy to industry on online journalism and social media.