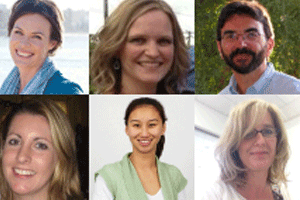 During the 2015 Annual General Meeting, we voted on the new committee positions.

We said farewell to several members and welcomed new ones.

As your new President, I would like to take this opportunity to thank outgoing President Dr Justin Coleman for his tireless hard work, dedication and commitment to our association over the past five years. Fortunately (for myself in particular) Justin will still be involved in AMWA – though he has decided to step down from the Executive Committee. We wish him all the best and are looking forward to reading the copious amounts of writing he will be producing with his newly-found free time!

Meet Dr Aajuli Shukla, a Deputy Editor and GP based in Sydney who is also on the AMWA Committee.