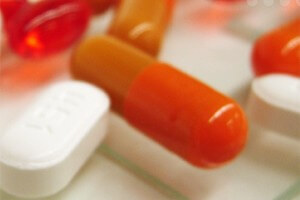 SIGs are EMWA’s very own ‘talking shops’ on hot topics in the world of medical writing. You can find out more about them below.

EMWA launched the Pharmacovigilance Special Interest Group (PV SIG) at The Hague conference in November 2015. PV SIG is a talking shop for the fast developing area of pharmacovigilance (PV) and PV writing. PV SIG delves into issues that impact the PV documents that we write, and with the direct involvement of regulators planned for forthcoming PV SIG meetings at EMWA conferences, you can ask the regulators the questions that matter to you.

EMWA members can access a growing resource of PV-related materials, including the PV SIG launch video, at the dedicated PV SIG area on the EMWA website (under members only/special interest groups).

As EMWA and AMWA (American Medical Writers Association) publish the open-access resource CORE (Clarity and Openness in Reporting: E3-based) Reference in May 2016, EMWA plans to launch the Regulatory Public Disclosure SIG (RPD SIG), as a natural follow-up to CORE Reference at the EMWA conference in Munich in May 2016.

A dedicated RPD SIG area on the website is planned. For further details on
RPD SIG click here.

Why is Public Disclosure of ‘Special Interest’ to Regulatory Medical Writers?
‘Public disclosure’ has different meanings for different groups of medical writing professionals:

Your Executive Committee are launching the RPD SIG because medical writers need to understand how developments in this area affect the clinical regulatory documents that they write.

The RPD SIG Chairs – Dr Christopher Marshallsay and Ms Tracy Farrow – are assembling a team to survey this fast-developing area, with the aim of sharing information and best practices with EMWA members.

The EMWA SIGs allow EMWA and its members to contribute to important conversations around topics that we know will impact our industry in the coming years. You may have colleagues interested in joining the EMWA SIGs to debate, and share best practice and resources.

Please tell them about the EMWA SIGs. Those with an interest should email info@emwa.org to join EMWA.

Are you unable to attend the SIG meetings in person? EMWA members can benefit from archival recordings of all SIG meetings posted on the EMWA website.

Georgina Taylor is the winner of the 2020 Early Career Award

The AMWA Executive would like to congratulate Georgina Taylor on winning this year’s Early-Career Award. The standard of applicants for the Award was extremely impressive, however, Georgina was a well-deserved winner. Her submission discussed the importance of vigilance in early cancer detection. Comments from our guest judge Dr Sarah McKay (director of The Neuroscience Academy END_OF_DOCUMENT_TOKEN_TO_BE_REPLACED

Natalie Parletta is the 2019 winner of the Early-Career Award

The AMWA Executive would like to congratulate Natalie Parletta on winning this year’s Early-Career Award. The standard of applicants for the Award was extremely impressive, however, Natalie was a well-deserved winner. Her submission presented the complex and potentially confusing topic of insulin during pregnancy in a clear and accessible way. Sophie Scott (guest judge and END_OF_DOCUMENT_TOKEN_TO_BE_REPLACED

We are excited to announce that the 2019 AMWA conference is now open for registration! Click here to read the full program.

We are excited to announce our first face-to-face networking event for 2021 in Brisbane on Thursday 18 March at Corbett & Claude.
Please join AMWA committee member Eve Vickerson and other health communicators for a relaxed and informal gathering in Brisbane this March!

When:  Thursday, 18 March, 6–8pm
Where: Corbett & Claude, 283 Elizabeth St, Brisbane CBD.
Cost: There is no cost to attend for either members or non-members of AMWA. Drinks and nibbles will be provided, however feel free to purchase something should you require something more substantial.